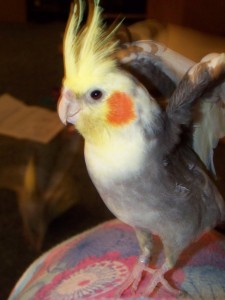 If anybody actually tracks my prices, they’ll note that today everything jumped by several dollars per piece. I can hear the gasps of “Why would you do that?” already. The answer is simple. I realized that, as a whole, I was undervaluaing my work. This is detrimental to me, and also to other authors both existing and who want to enter the space. I know I might lose sales from it. Then again, maybe not.

Let’s look at the bottom of the stack. Cimmerian Sunset jumped to a whopping, wait for it, $2.99. Some will say that at 12,000 words the price is a bit steep given today’s glut of free and 99 cent ebooks of similar length. I’m going to go out on a limb, and say that it’s still extremely affordable, even inexpensive. Why? Think about it. If you walk into a coffee shop you’re going to easily pay that much for a cup of plain coffee, no frothing, no espresso. That coffee will last for about half an hour. However, since the average adult reads at 250 words per minute, you can expect that Cimmerian Sunset will take about 45 minutes to read. You’ve already had an extra 15 minutes of enjoyment. But the coffee is a physical product with expenses such as materials and labor costs, an ebook has unlimited copies without the expense! Not really. There are expenses involved, even for people like me who do everything themselves. Sure that cup of coffee has a long way from field to cup, but a story has a long journey from conception to your e-reader. I don’t necessarily want to break down every part of the process, but I estimate about 30 hours of work before a story the length of Cimmerian Sunset ever sees Amazon. That doesn’t include things like concept, and working through story elements in my head before I even start to write. Once published there are tasks like marketing, social media presence, etc that have to happen as well.

Let’s face it, writing is an art. If authors and artists cannot support themselves from their art then they can make less of it as they squeeze it in between day jobs and other means of paying the bills. I want to write, I want to tell you my stories. In order to do that in the long term I need to be able to support myself by doing so. I will still release some shorts, like Fright, as freebies. Simply because I will want to and because I can. But in general they will be shorter pieces. A higher price isn’t the end of the world. I still plan to have promotions, which is when I sell the most copies anyway. This just means that in the between times I have chosen to recognize the fact that there is a lot of work that goes into even a short story, and that undervaluing my work is a habit that I need to break.