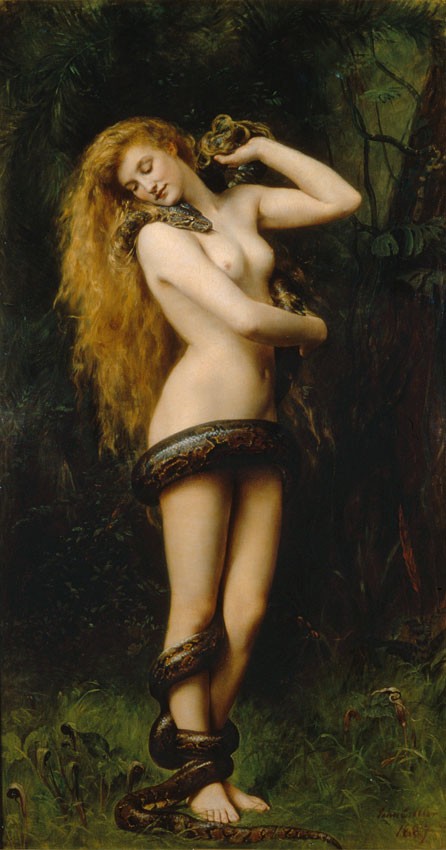 The only sound was that of my heart, slamming in my chest, louder than the panting of my lungs’ desperate attempt to restore oxygen to my system. If muscles made a noise, however, their cacophony would have quickly overwhelmed the sound of the blood pulsing through my veins. Each screamed in its own way, protesting the exertion. Even my breasts were sore from impacts to the soft tissue from my frantic flight.

Primal instinct compelled me to run; to flee until daybreak broke over the horizon. Yet the logical part of my brain insisted that it would have been impossible for the evil unleashed to have caught up to me.

It hadn’t yet fully awakened, there is no way it could have known the direction I ran, something deep within said.

Can you be sure? something even more central to my core demanded.

I forced my inner turmoil to be silent, and decided that moving was the best option. Yet, I did slow from the terrified sprinting to a brisk walk. I knew one thing, that I needed to find my way out of the catacombs underneath the city.

I reached out and felt the cool stone of the walls. Smooth. In my panic I had at least fled in the right direction.

I felt in my pockets. I had dropped my flashlight in the deepest part of the maze, but I was pretty sure that I had shoved a pack of matches into my pants. My fingers touched the folded paper, and I pulled them free. A slight sound as I tore one from the others, and then with shaking hand I folded the cover back and pinched the head as I pulled it over the strike strip.

A flame, small and orange sprang to life. It flickered in the breeze that moved through the ancient passageways. I cupped it with my hand, and briefly studied my surroundings. Moisture gleamed from the walls, and I was pretty sure that if I continued in the same direction I would reach the exit shortly.

Pain. I shook my hand reflexively and the light went out. I almost cursed, but instead stuck my burnt fingers into my mouth to stop the stinging sensation.

I started walking again, keeping one hand on the stone wall. When the surface gave way to an opening I lit another match, and forced myself to remember the things I had passed when I had come though only hours before.

Before I had awakened… her.

Another intersection, another match gone. I hoped that they would last until I could escape.

I tripped, and cried out as the palms of my hands landed on the sharp corner of a step. Tears sprang to my eyes, from pain or relief I didn’t actually know. I scrambled to my feet and sprinted up the stairs, taking them two at a time. I burst through the wooden door, and out into the cool night air of the secret alleyway.

I gathered the few things I had left outside, and then scaled the wall that separated the compound from the rest of the city.

Though it had to be nearing dawn the streets were packed with people leaving the clubs or heading to work. The only things that differentiated them were the choices of clothing and the level of exhaustion that was evident on their faces.

I blended in as best I could, pushing my red hair back from my face and dusting off my clothing as I walked. Being in public helped me to convince myself that I had imagined everything.

No more investigating old rumors. I’ll stick to known archaeological digs from now on, I promised myself.

I slipped into the hotel, and quietly made my way to my room. I could feel the dirt and grime mingling with the sweat and fear. I paused at the bathroom to get the water heated for a shower, then stripped off the filthy clothes.

I breathed the steam deep as I stepped into the cascading water. I felt it cleansing my soul as much as the liquid was removing the detritus from my skin. I scrubbed with the harsh hotel soap until I was sure that not a single particle from the underground could remain. Then, to be safe, I rinsed and scrubbed again.

I wanted to remove all trace of my excursion to find her. I would spend my remaining days in the ancient city touring museums, and talking to the scientists at the official dig sites. I dried my hair, and then used the same towel to wipe condensation from the mirror.

I stared at my harried reflection. There were large circles under my eyes.

It was exhaustion. It must have been. Surely I didn’t see what I thought I saw. There’s no way, she’s just a myth.

I wiped away a new film of fog; thought I saw something in the mirror. I could have sworn that a shadow passed over my eyes. I ran my fingers through my hair. “Just my imagination,” I said with a weak laugh.

“It wasn’t your imagination,” came a voice from nowhere.

“Who’s there?” I demanded, spinning around. The room, however, was empty.

“Don’t tell me you forgot already. You came all this way to find the ancient beauty of Lilith, and you found her.”

“No,” I argued with the mysterious voice. “I found a dried up corpse in a long forgotten tomb, nothing more.”

“You and I both know better, and now you will pay the price for releasing me from my slumber.”

“Foolish girl, you sought one such as me without even full knowledge of the consequences?”

“It doesn’t matter. I have been awakened. You should have stayed away if you didn’t know the results of your actions.”

I sunk to the floor, wanting to believe that the entire conversation was the result of exhaustion.

“You can’t escape by hiding. You are forever bound to me now.”

“I am siren, I am succubus, I am demon and destroyer. I was cast aside, and now I shall reap my vengeance.”

I resisted, though my muscles attempted to obey.

I no longer had control of myself, and soon I was on my feet.

My body turned, and I stared at my reflection in the mirror. I could see my eyes changing as she took control of my body.

“What is your name?” I saw my mouth move with the words, and realized that they were in my voice, but I had not been the one to ask the question.

“Evelyn,” I replied, my voice barely above a whisper.

My mouth turned up at the corner in an evil grin. “You’re quite pretty Evelyn. You will make an excellent host.”

“For my vengeance,” my reflection replied as it reached for my hairbrush. My arm came up, and started to smooth my hair.

I tried to stop, but realized that I had lost control of my own body. All I could do was reply when spoken to.

She, the one in control of my body, set the brush back on the counter, and picked up the curling iron.

“What are you doing?” I managed to ask.

She smiled, a genuine smile of anticipation. “Turning pretty into that mix of beautiful and alluring that men cannot resist. I will feast on their lust, their carnal desire. I will lead them to temptation, and devour their very essence as they give way to pleasure.”

Lipstick came out of a makeup bag, crimson red. A smoky haze was brushed over my eyes. A brief reprieve as she rummaged through my clothing, then the final visage as the red hair was swept into a stunning sweep of waves that led the eye naturally to the low cut front of a rich red dress.

She smiled at the look, winked and blew a kiss at the reflection.

“Mirror, mirror on the wall, who’s the deadliest one of all?”

Image is Lilith By John Collier